One For Your Workout

Together with my colleague Matthias Gerding, I directed and created the music video for the new single "One For your Workout" by Get Well Soon.

It's a song about improving yourself. About never giving up. But also about the ultimate futility of this ever same repetitive process, as it's never going to be enough in the end anyways. That's the feeling we tried to capture, drawing inspiration from Italian futurist architecture in general, and movies like Metropolis and Blade Runner in particular to create a world where humans are nothing more than playthings in a giant machine serving nothing but itself.

I built the environments from scratch in Cinema 4D. For our characters we used anatomical models which we rigged in Maya, and subsequently animated using slowed-down motion capture data, giving the movement some almost robotic qualities. We then brought the animated characters over to Cinema 4D, where I rendered everything using Redshift. 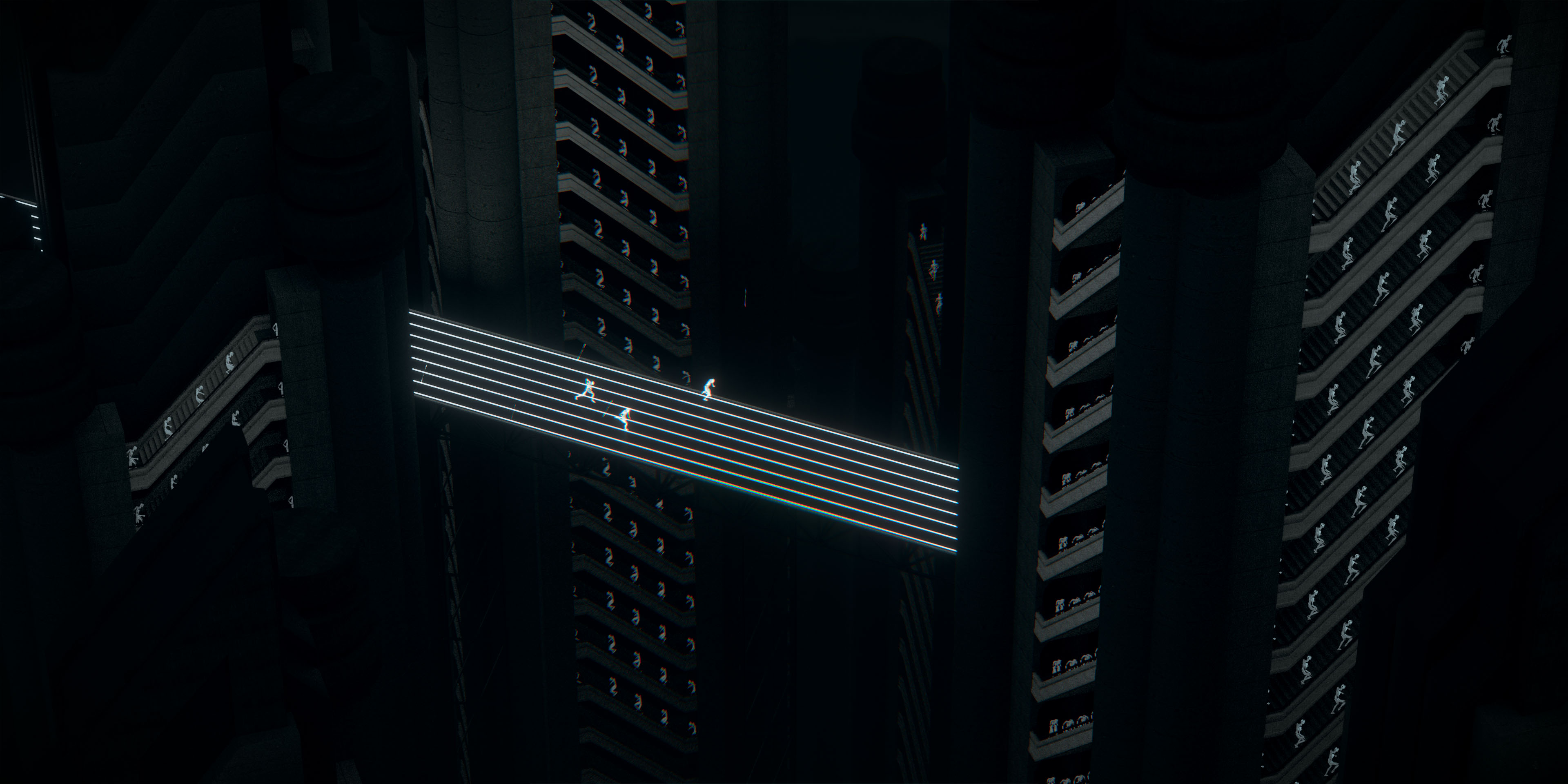